We took another bus even further north in Chile to visit a small town called Bahía Inglesa. We stayed in the nearby town of Caldera (it was cheaper) for a couple days so we could get a glimpse of the turquoise waters that Bahía Inglesa is known for. Just a short 7 min drive south of Caldera, it was the first beach we had hung out on since Rio!

The first thing we saw stepping out of the car was the beautiful bright blue waters with lots of different rock formations creating little coves for people to swim in. The sand was very white and there was not a shortage of seashells at all! 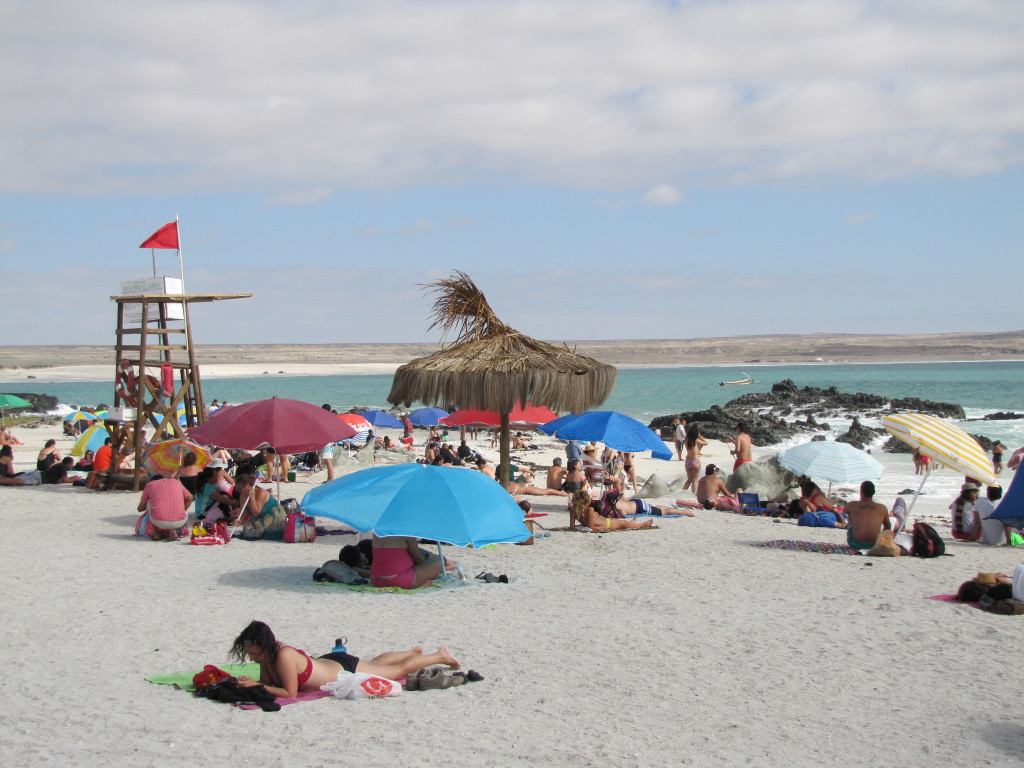 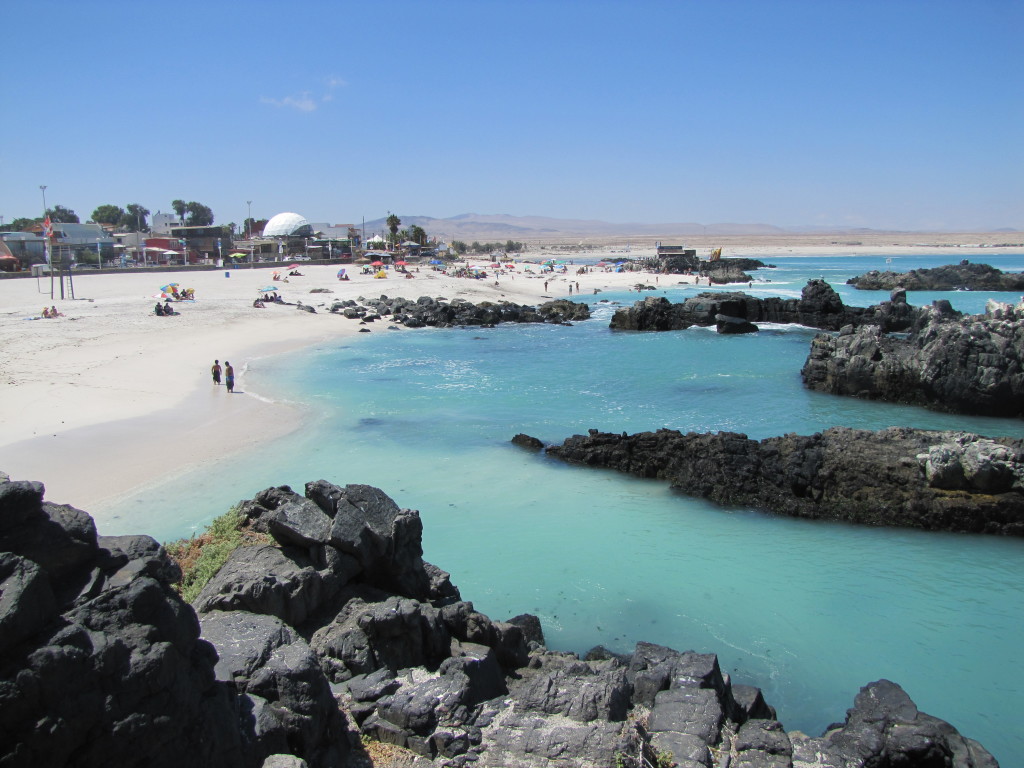 Chile’s version of the Caribbean? 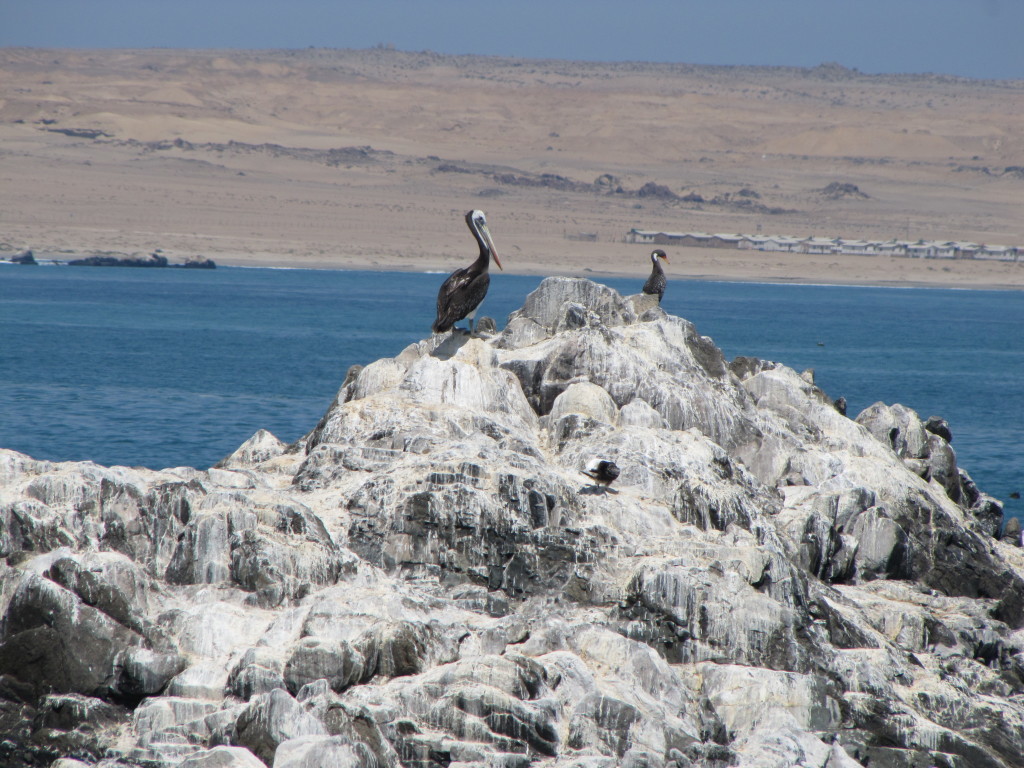 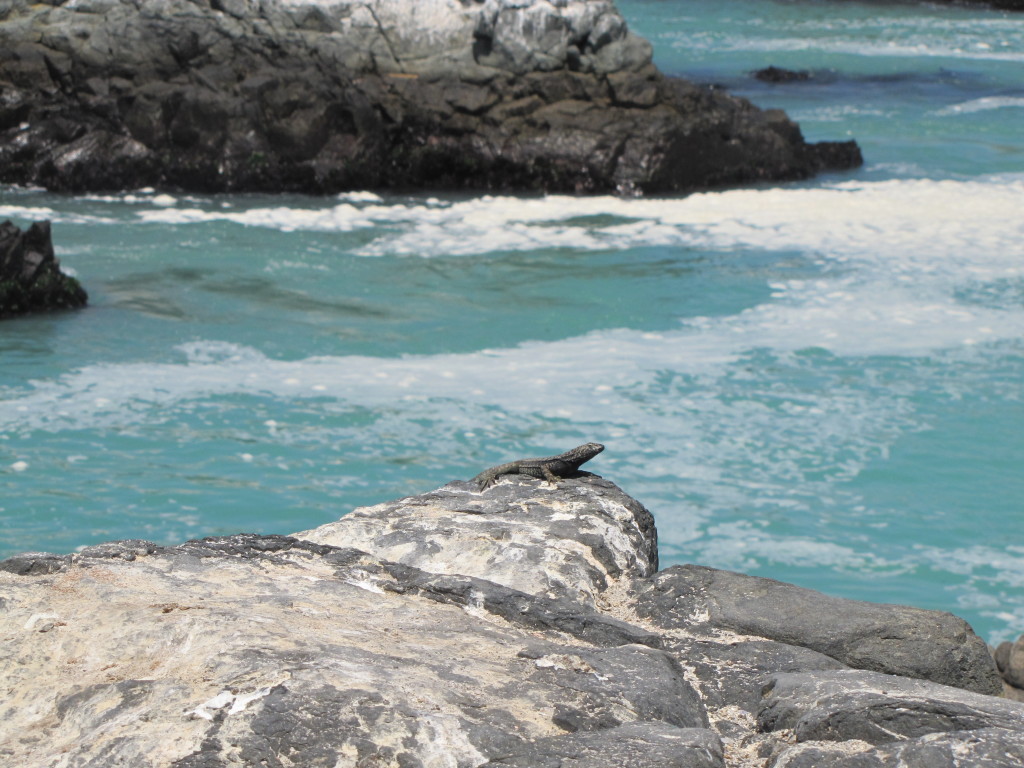 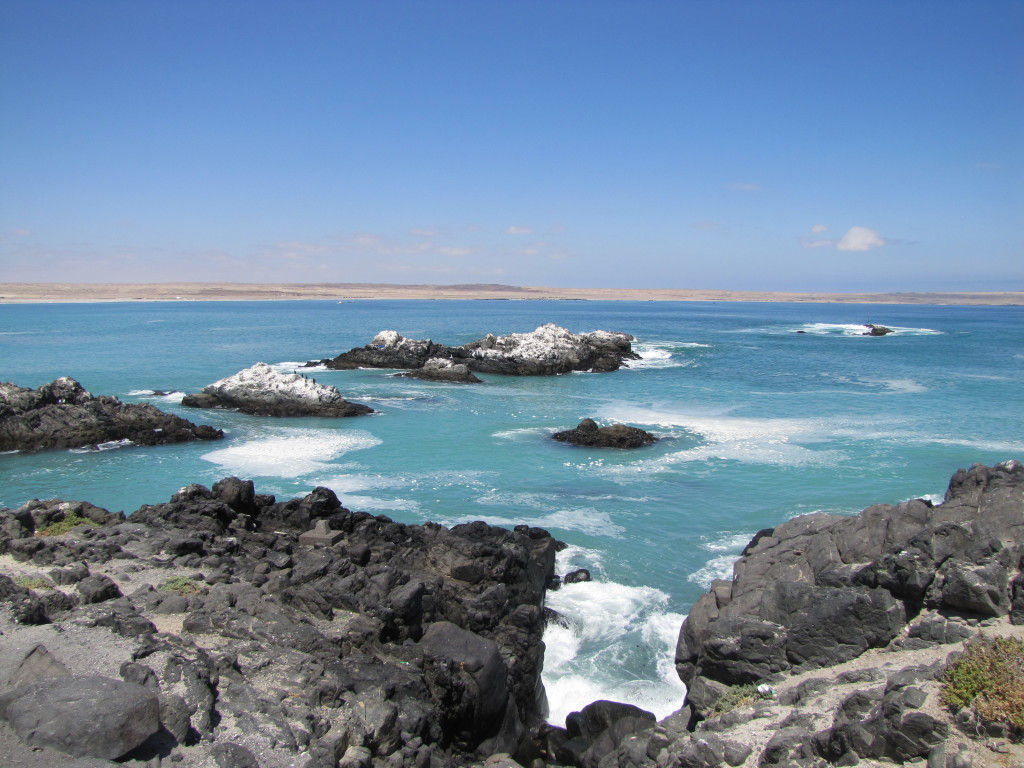 Beautiful day on the beach 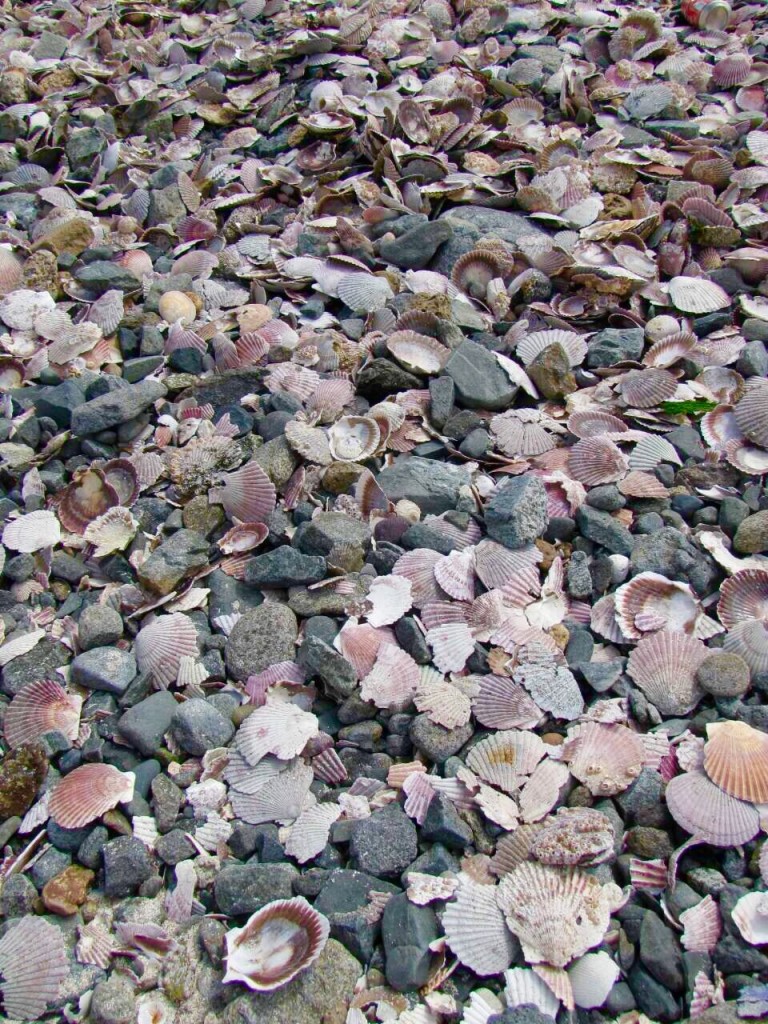 We pitched our umbrella, read books, practiced our Spanish, and had fun collecting seashells to make “abstract art”. Give us a break, we were bored! The shells were incredible though. 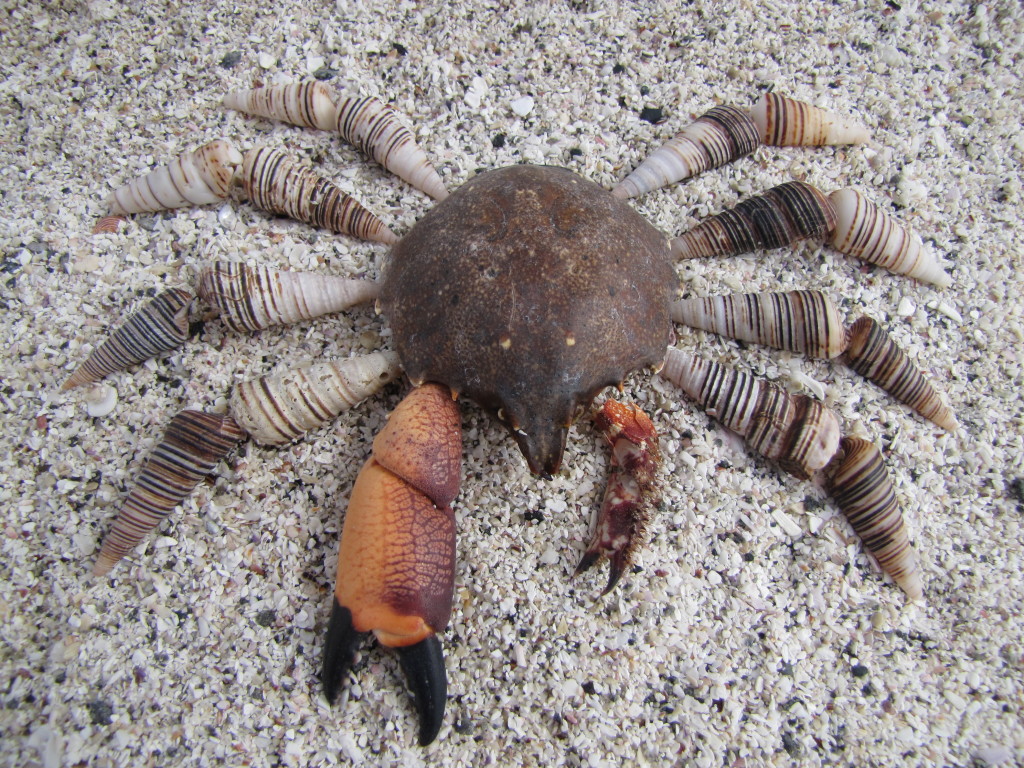 Back near our hostel in Caldera, there was not too much going on. It’s a quiet little port town, with a lot of stray dogs. We walked around and were able to snag a few pictures of some pretty old machinery. Maybe something to load or unload boat cargo? In any case, it was very interesting to imagine what it looked like back in its hay day. 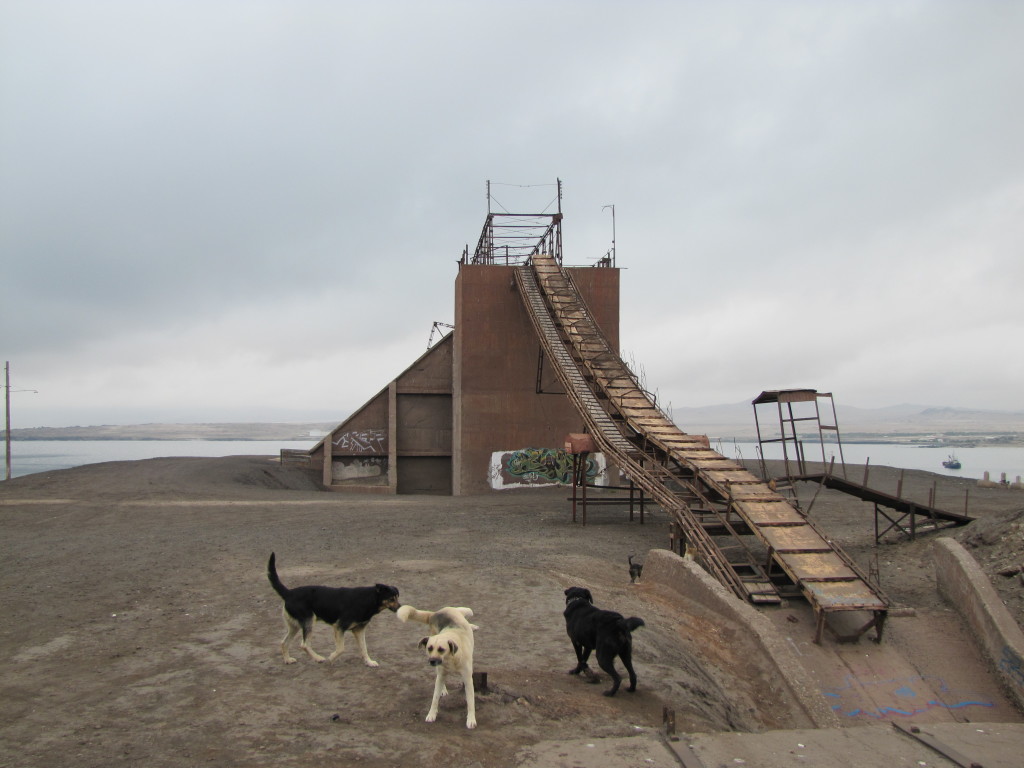 Our gang of dogs came with us wherever we went 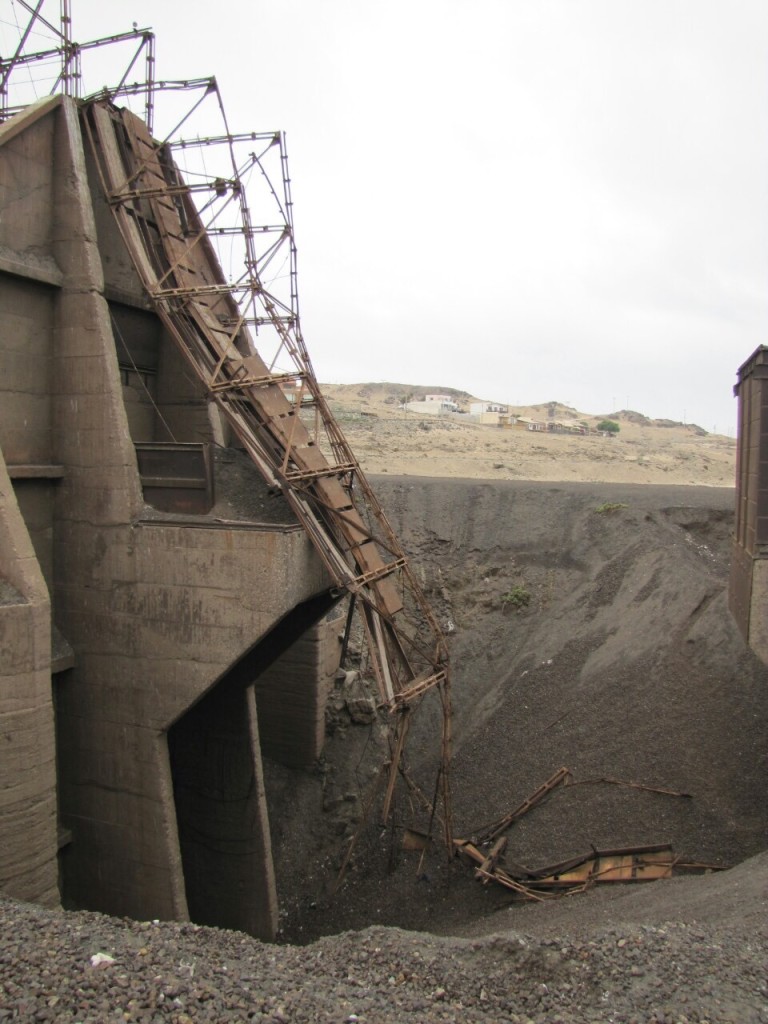 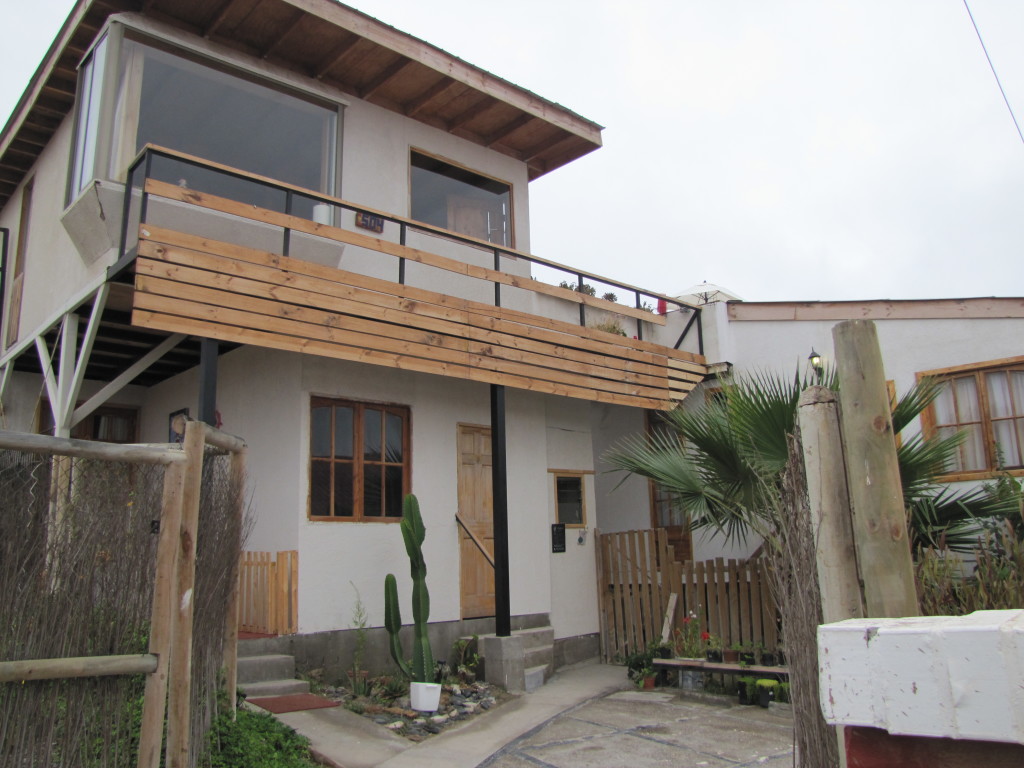 Later on that night, we went out to dinner and made a few friends, listened to some live music and danced a little, too! 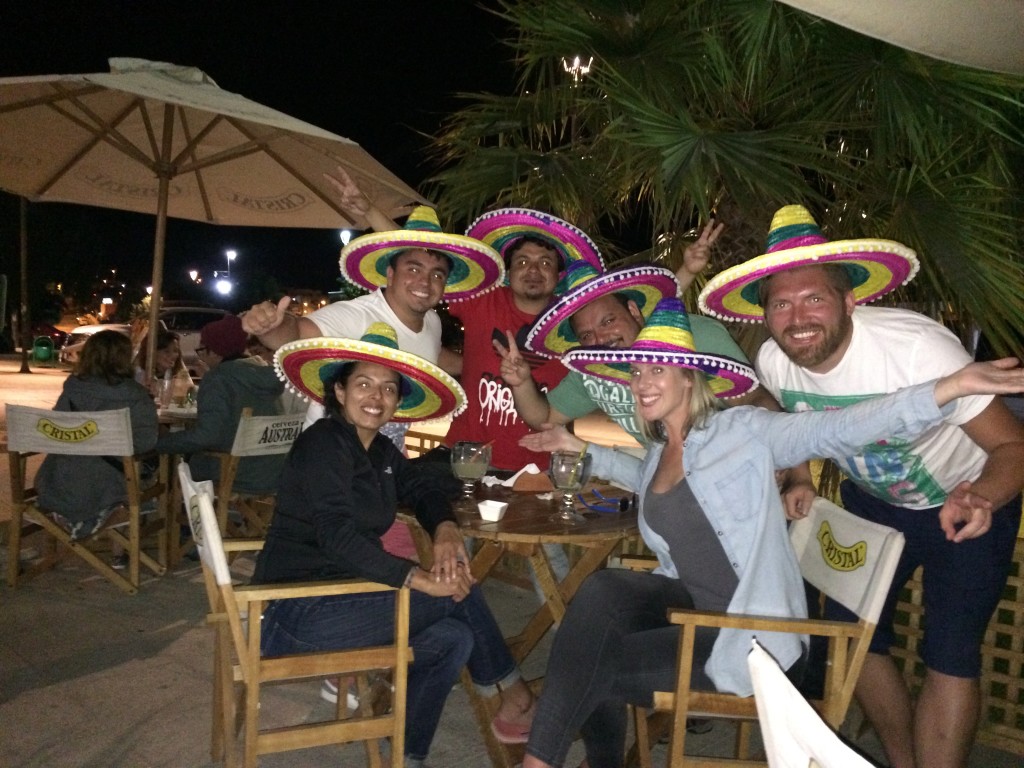 New friends, they are from Viña del Mar

It was a nice few days, but we had enough of the beach and were definitely ready for some real adventure! On to the most visited destination of northern Chile, San Pedro de Atacama!